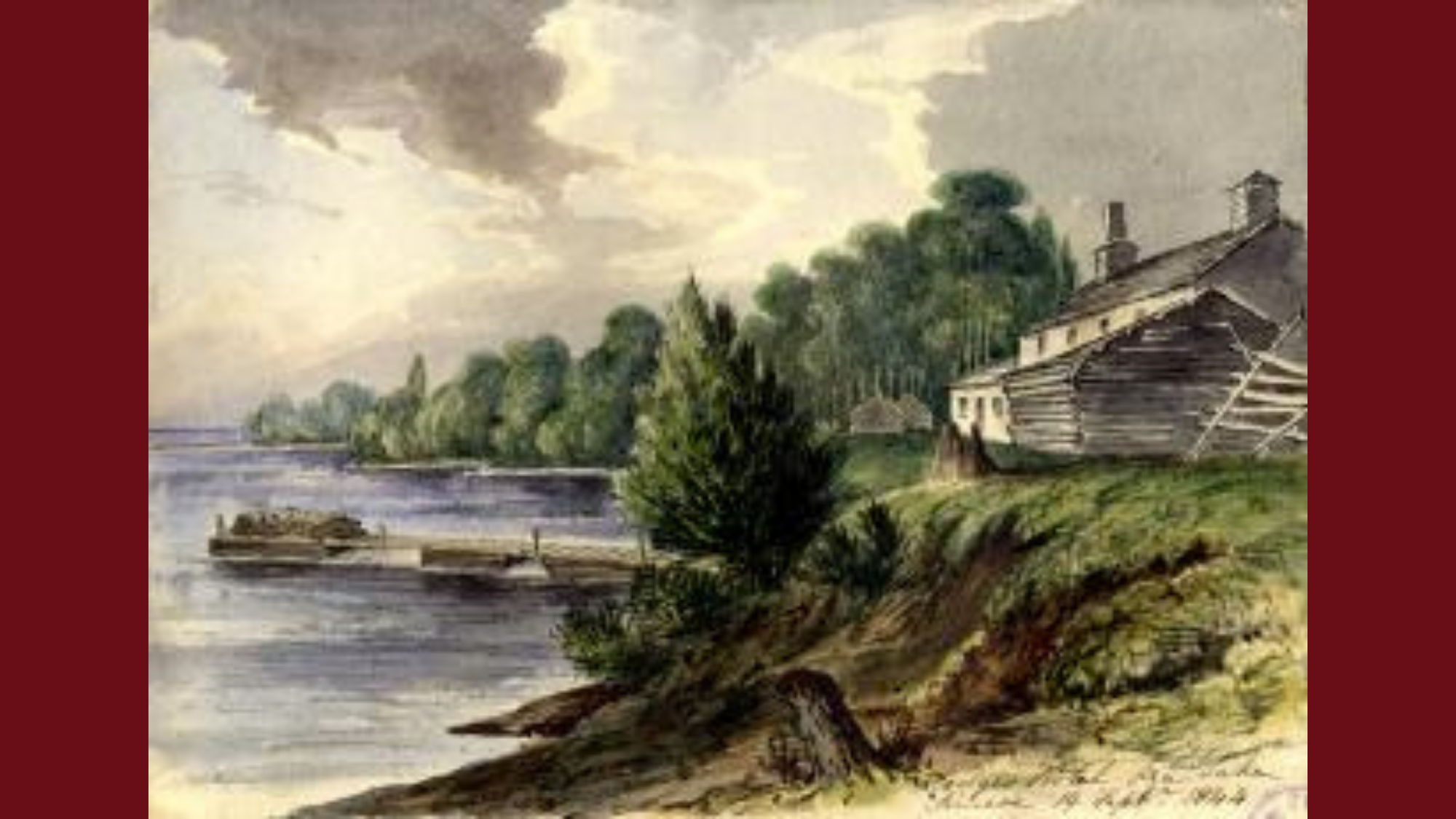 The “Historic Hawkestone” plaque, located at 375 11th Line South, Hawkestone, recorded that “Richard Hodges established a landing for settlers” on Lake Simcoe in the 1830s in the community that is now known as Hawkestone.  However, land records indicate that he did not hold title to that land until he purchased it in 1840 from James F. Smith.

Richard was born in 1797 in Bridgewater, England, immigrated to Ontario some time before 1833, and owned land in the township that year.  He assisted new settlers as they were dropped off at the landing by steamers.  Wellesley Richey, a land agent, kept an office at the landing and employed local settlers like Richard.  Richard probably saw the business potential of owning a hotel and warehouse at the wharf and he later bought the land in 1840. 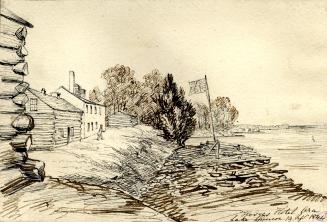 In 1844, Richard built a large house which he called “St. Helen’s” at the landing.  On September 19th, Titus Hibbert Ware made two pen and ink sketches of “Hodges’ Hotel,” which are shown here.  Richard constructed two tunnels from the wharf into the cellar of his hotel and the sketches showed that there were additional buildings on the property.

Three years later, Richard died but the family maintained the business and continued to farm the land.  In 1856, a new wharf was constructed and the community became known as Hawkestone.  It contained the hotel, a tavern, a store, a post office, and three mills.

In 1871, the railway arrived and the village developed north of the railway station.  The map here is from the 1881 Simcoe County Atlas.

In 1940, one hundred years after acquiring the land, Richard’s granddaughter sold it to the Girl Guides to create a campground. 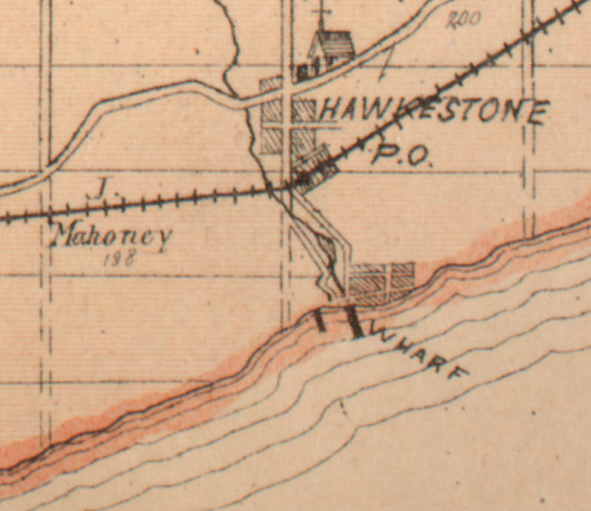