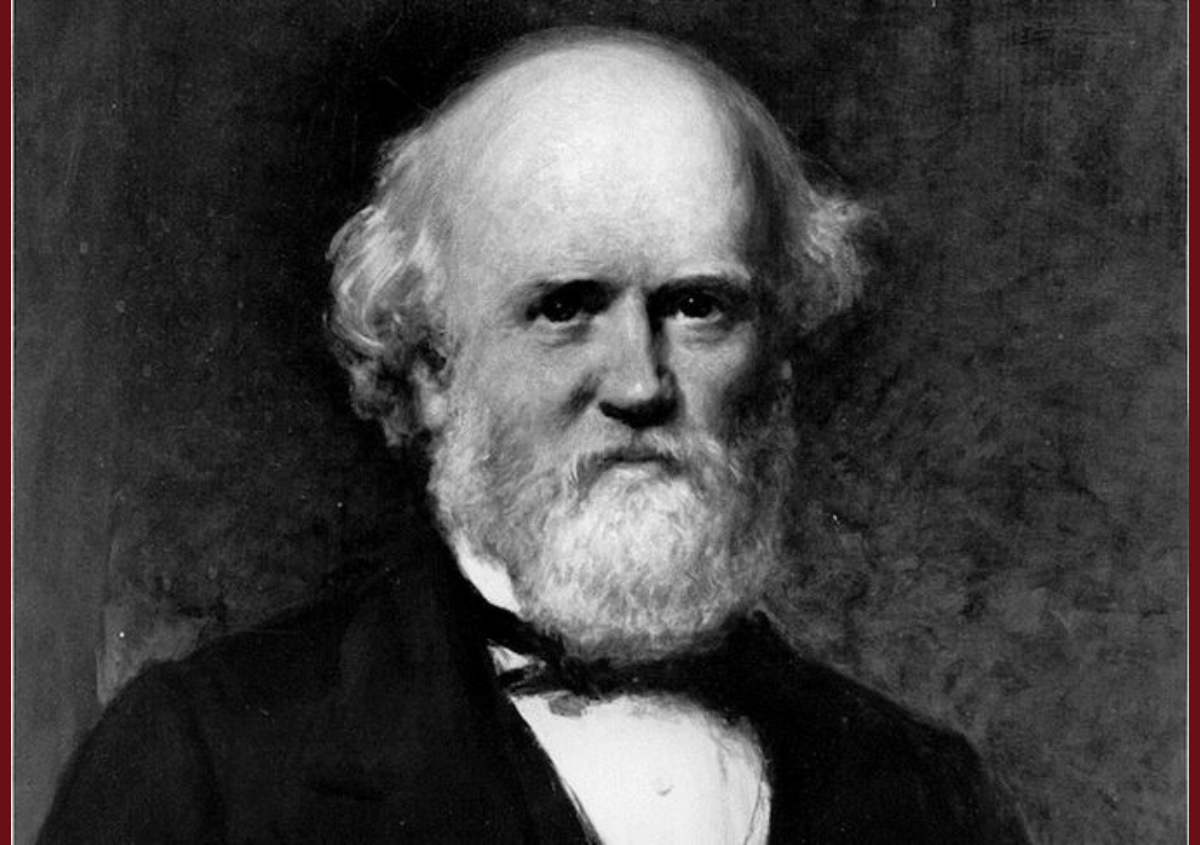 John Ramsay grew up in Glasgow, Scotland.  In 1836, at the age of 22, he obtained a lease on the struggling Port Ellen whisky distillery on the Island of Islay in Argyllshire, Scotland.  In order to export whisky to the United States, he enlarged the pier in the port.  As his business grew, he was able to improve conditions on the island and in 1870, built his residence, Kildalton Castle, in Port Ellen.  John became politically active as a Liberal in 1868 and supported improvements in education in Britain.

Over the years, John noted that a number of his tenants were leaving the island because there was no vacant farm land available for their children as they reached adulthood.  At the same time, the British government was promoting free land grants in Canada and a number of these families found their way to the lands around Lake Simcoe.

However, passage across the Atlantic for three generations of the same family was expensive.  John began to aid a number of families by paying for their passage.  Had he improved his former tenant’s lives by assisting their immigration?  In July, 1870, John left Scotland to find his former tenants and see how well they were prospering.  He kept a diary of his journey.

After arriving in Toronto, John proceeded north to Beaverton.  The Islay settlers there agreed “that the removal of a great proportion of the people was not only necessary, but an advantage to those who removed.”  From Beaverton, John took the Emily May to Orillia.

On the morning of August 26, 1870, John joined Mr. Ferguson aboard his wagon and they set out for Oro Township.  John wrote in his diary that, “the first house we called at being a public-house, not far from the manse, kept by … Galbraith, who went from Assabus, in the Oa, many years since, and has now land here, and keeps this little wayside inn. Galbraith himself was not at home; but we saw a niece of his, who had just arrived as we approached the house, and Mr. F. explained to her that I had called to see her uncle, and that she should tell him on his return to the house, which she promised to do.  Mr. F., as we went along, pointed out several clearances occupied by Islay men; and, on the roadside, a few miles on, he accosted one rather advanced in life—Angus Morrison, from Stremnish, who has 50 acres of land which he got from his brother.  His land is free of debt, and his family decent and industrious … Not far from Morrison’s we came to two farms, one on each side of the road—the one occupied by Neil Beaten, the other by Neil Matheson.  Both of these men came from Stremnish, I think, in 1863.  Neil Beaten has 200 acres of land clear of debt, and has fully 40 acres of it clear of timber, and now under grass and crop.  His wife and family are all well, though they had much sickness for some time after their arrival.  He has a good house; two yoke of oxen and two cows, with followers; and abundance of everything they need.  His family consists of three boys and six girls, one of whom is married to an Islay man.  Neil Matheson has a family of three boys and four girls.  Three of the girls are married to Islay men; and one of his sons, who is married to an Islay woman, has a farm in Medonte.”

John Ramsay left Oro Township the following day, after having visited members of the Islay families of Donald McKay, Andrew McNabb, Dugald Carmichael, Duncan McDougal, Norman McCuaig, Alexander Campbell, Donald Gilchrist, and Mr. and Mrs. Brown.  John learned that most of his former tenants were prospering in the new land.  You can read more about those additional visits in John Ramsay’s complete travel diary online at https://electricscotland.com/history/ramsay/chap2.htm

Biographies for John Ramsay can be found at: