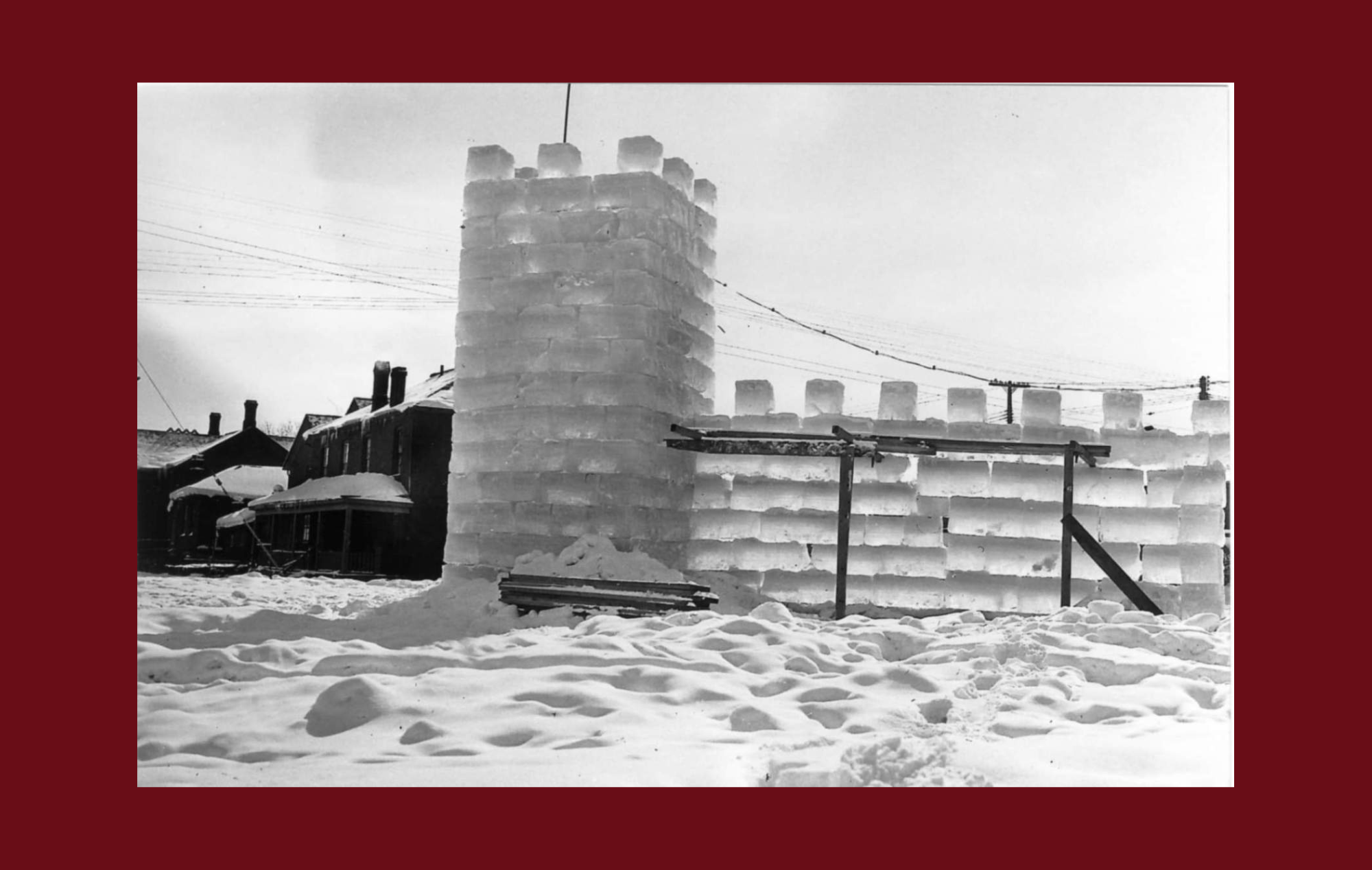 Winter weather can bring short, bone-chilling days and long, dark nights with the sun setting much too early. For many of us, it can be challenging to find engaging activities that don’t involve bingeing an endless stream of Netflix shows while huddled under a cozy blanket. Fortunately, outdoor winter activities can help break up the monotony of being indoors for a long period of time and encourage us to embrace the fresh air and snowy landscapes.

Almost a century ago, in 1928, with an intense cold spell predicted, a group of Orillia businessmen came together to create a weekend of fun for residents to help them avoid the winter-time blues. Interest in the event was widespread. It was thought to be “an event designed to show the world that Orillia does not sleep through the winter season.” 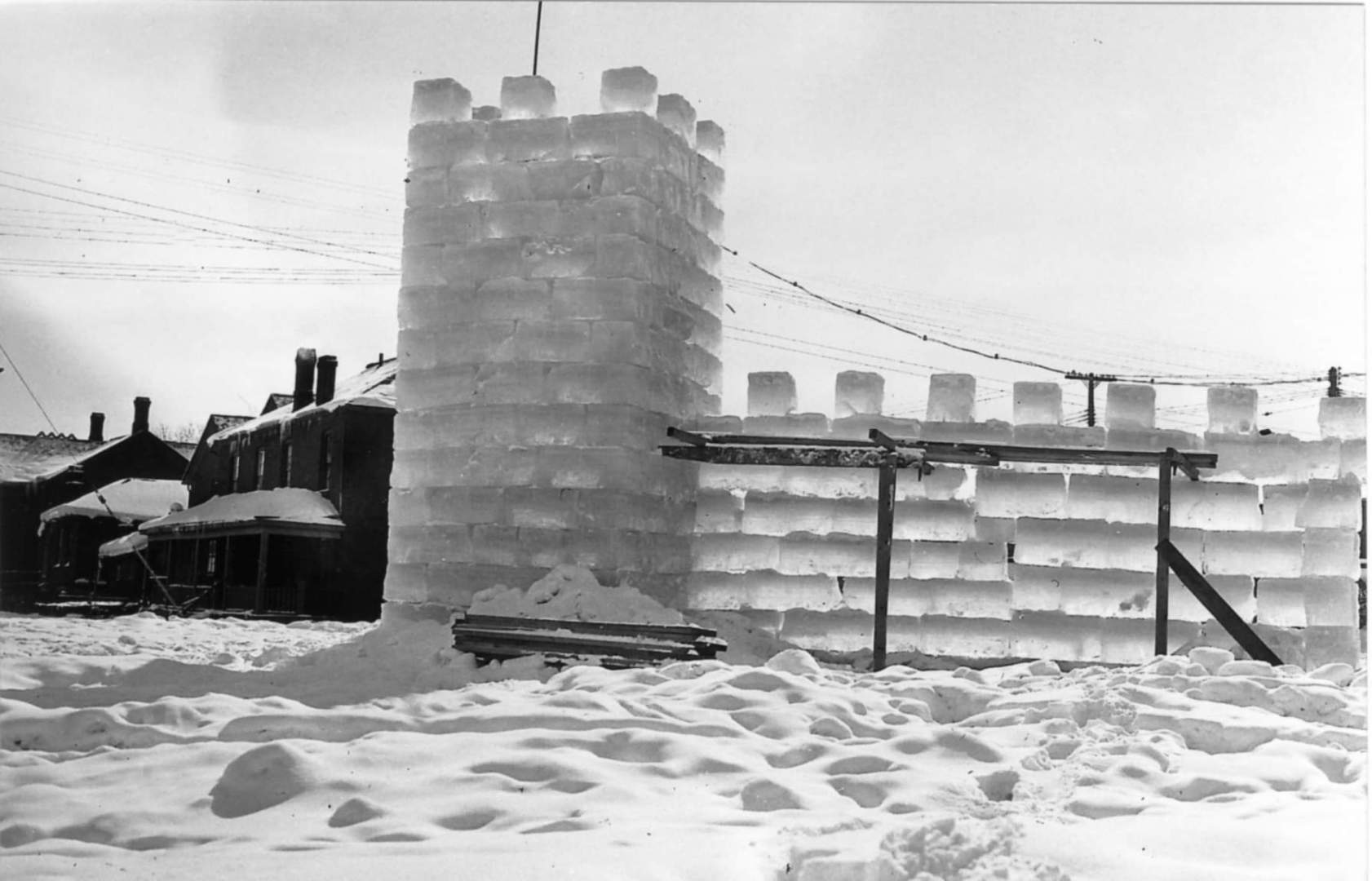 The first Orillia Winter Carnival was held for three days in February on the waterfront, its traditional home for most of its history, and included dogsled races, curling and hockey tournaments, figure skating and speed skating, as well as horse races on frozen Lake Couchiching.

In the early 1900s, horse racing on ice was a popular event at winter carnivals in Canada. Each winter, a racing circuit with a purse for the winners was held at major cities such as Montreal and Toronto, as well as smaller towns in between, like Orillia. Horsemen from all over Ontario and the northern U.S. would travel the winter carnival circuit in hopes of winning some of the cash prize. The excitement and daring of racing on ice drew a crowd that first winter carnival in Orillia. In later years, the horse racing would be held on the streets of Orillia near the lake. 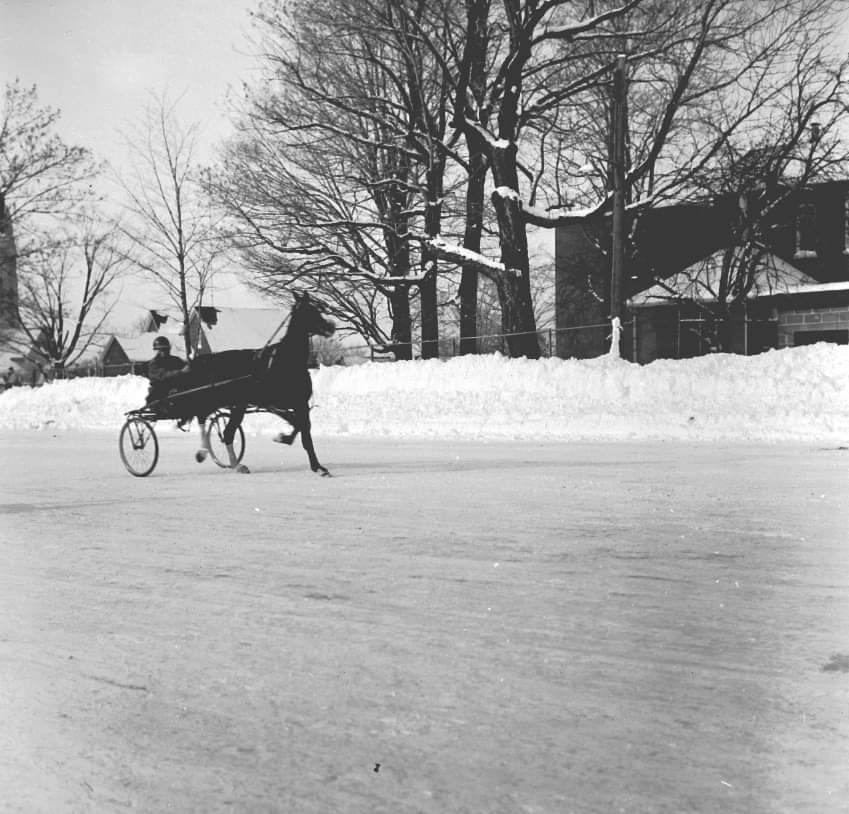 Not only was there a packed events program of multiple activities across town, a magnificent Ice Palace was built on a vacant lot where the Champlain Hotel now stands. Using blocks of ice cut from the lake it had coloured lights and flags sitting on top of two 25-foot towers.

The festivities for Orillia’s first Winter Carnival ended with a night-time parade of citizens led by the Kiltie Band along Mississauga Street to storm the Ice Palace, which was great fun to watch for the crowd that had assembled to watch.

Media beyond Orillia was present at this first Winter Carnival including the Fox Film Network, which sent a motion-picture crew from Boston to film some of the daytime events. The Toronto Daily Star also sent a photographer to take photos of the festivities. 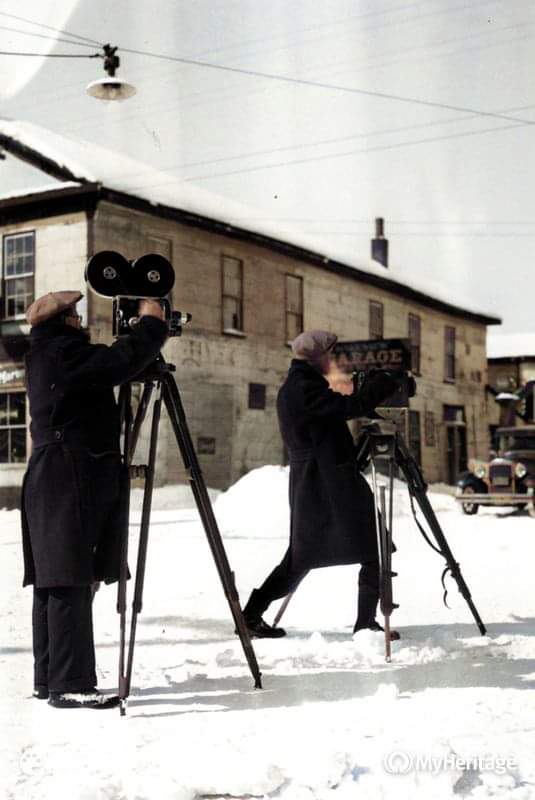 In the years before the Internet, printed programs listing local sponsors and providing a Schedule of Events and a detailed map of the Port of Orillia were available. Carnival buttons have been sold over the years, acting both as a passport to the many activities but also as an aid in supporting the event and ensure its success in future years. 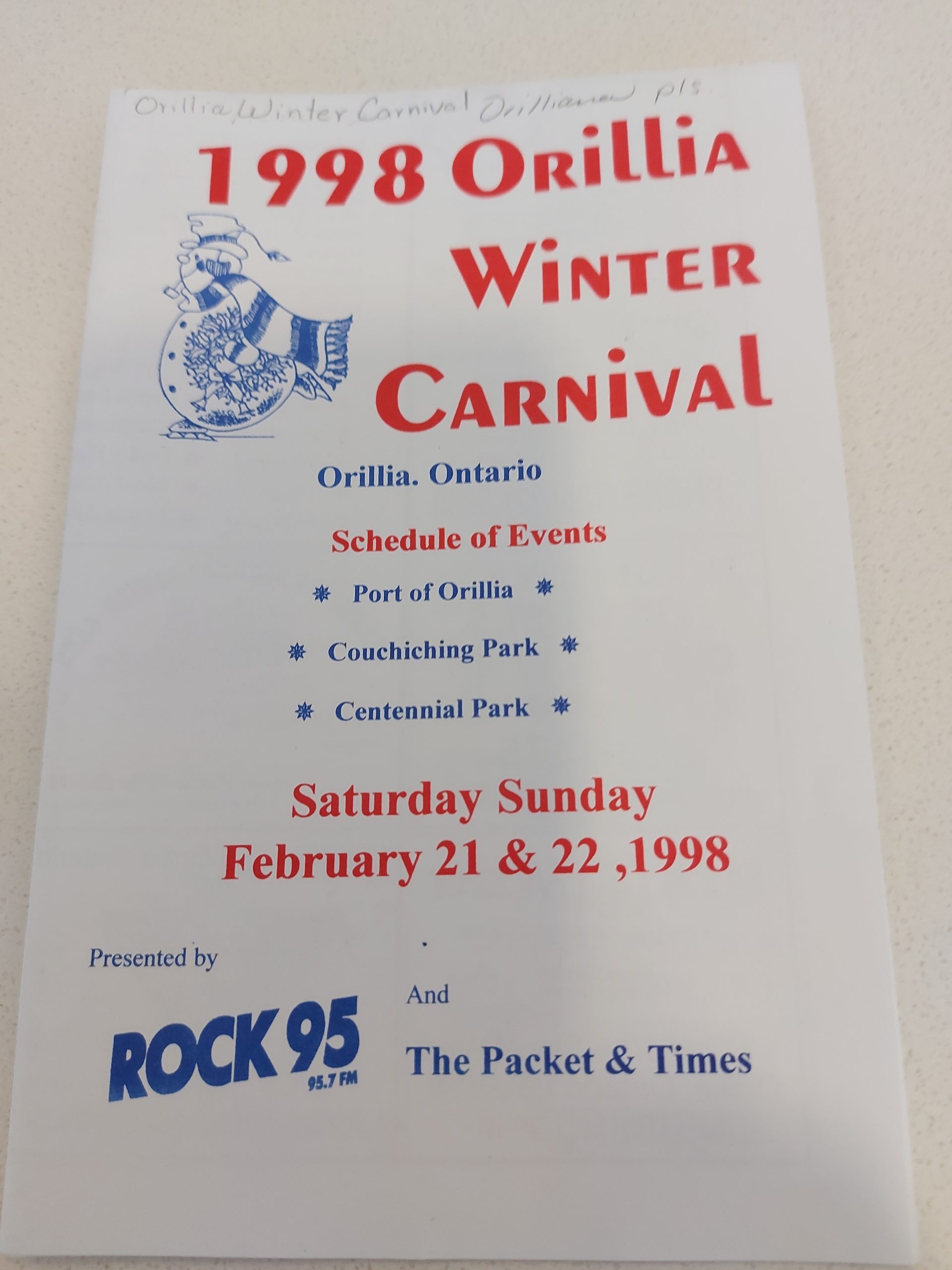 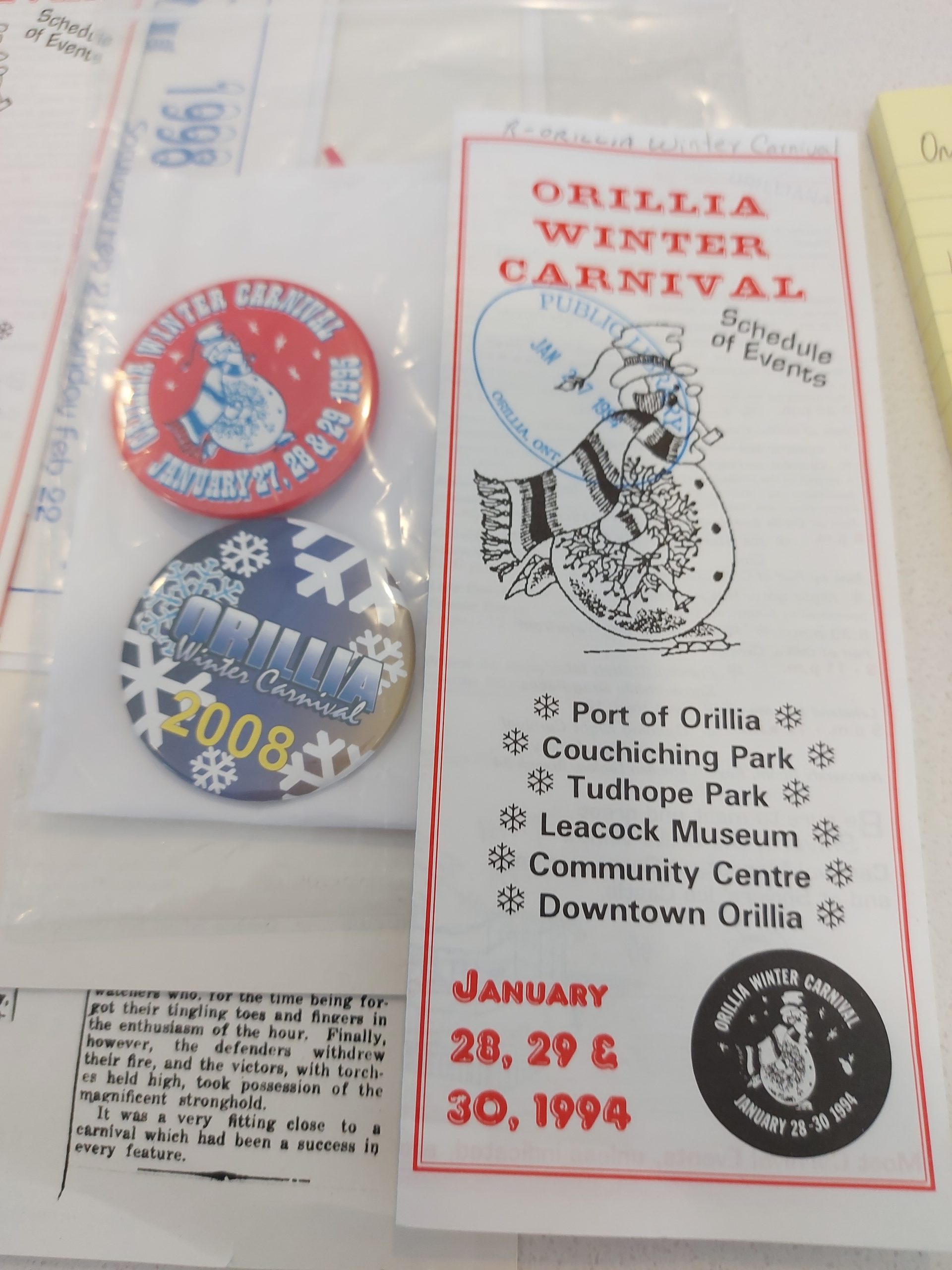 Photo from the Orillia Library: 1994 program and buttons

While the original location for the Winter Carnival had been Couchiching Park, in recent years there have been some changes with the event scaled down to a single or two-day event. It was now held in the downtown core over a weekend, with new events such as a giant toboggan run right down the centre of Mississauga Street.

In 2017, emboldened by a new slate of volunteers, the Carnival returned in a modest one-day event, scaled down but still creating a presence in the downtown core thanks to an ice castle with a slide, along with the perennially favourite Polar Dip in aid of local charities. 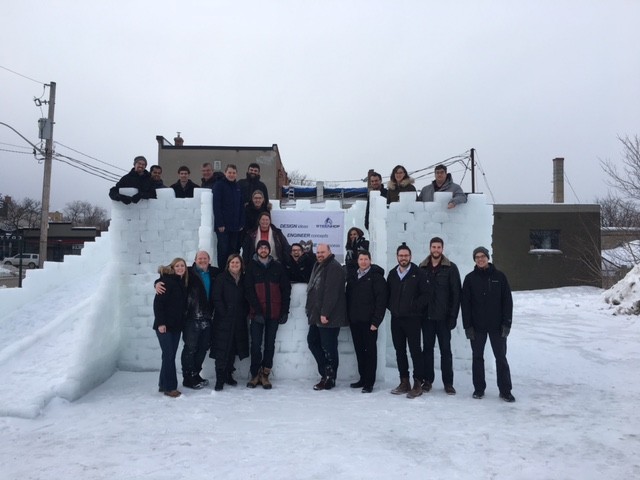 At the time of the release of this article it is unsure whether there will be a 2023 winter carnival, an event which has had many dedicated fans from the city and beyond join in the festivities over the years. It is an occasion that was created almost a century ago to encourage citizens to come out of hibernation and celebrate winter together whether it be over four days or just one. It has been the result of many volunteer hours and sponsorships over the years and let’s hope that the Orillia Winter Carnival can once again bring its citizens out of hibernation to embrace the season.