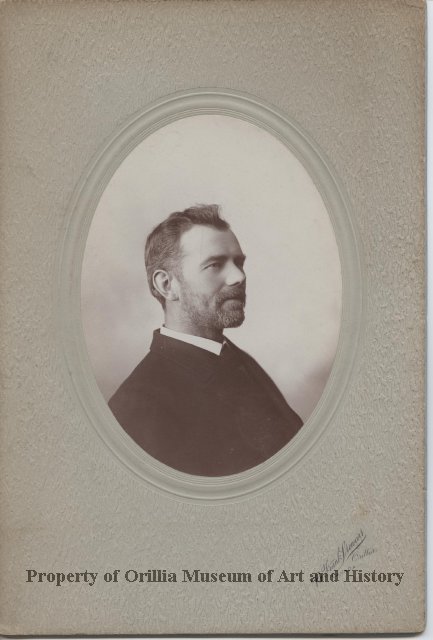 The Thomsons, one of Orillia’s influential founding families, rose in prominence in the early days when lumbering was the big industry and dominated the commercial life of the community.

Born in Scotland in 1831, John Thomson and his wife Jessie Fairbairn Thomson, came to Canada in 1855.  John first settled in Peterborough, working at a hardware store where he developed a skill in squared lumber and an interest in the timber business.  He began to engage in the lumber industry.  In 1867 at an auction in Toronto, at the Old Queen’s Hotel (now the Royal York) he purchased Longford, Victoria County, four miles outside Orillia, for $30,000 as it had a large quantity of quality virgin timber. 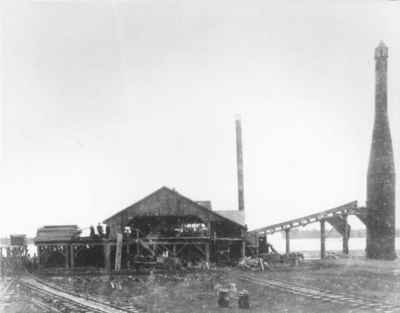 This was the beginning of a logging empire.  A lumber mill, which was up and running by the summer of 1868 was located on Lake St. John.  In the same year, Thomson became a shareholder of the Rama Timber Transportation Company, which built a canal from Black River to Lake St. John.  This allowed him to float logs down the Black River from Longford Township and across Lake St. John to the two mills he built along the lake.

The mills, along with employee housing he provided, gave birth to the community known as Longford Mills.  By 1879, John Thomson had two sawmills, with John Adams owning another.  Together these mills cut 22 million board feet of lumber per season and in the winter the saws added some 11 million board feet more.

After leaving Peterborough, John and Jessie and their eight children had moved to Orillia and rented a house at 242 Canice Street, while a stately Regency-style dwelling, known as the “White House”, was being built for them in Longford Mills.  During this time the children were educated at Orillia elementary and high schools before finishing their education in Toronto. 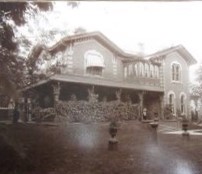 At the turn of the 20th century, Thomson established an amusement park on 120 acres on the east shore of Lake Couchiching.  It was a favourite spot for the employees’ children as there were pony rides, a tramway and water chute.  Members of the family built their cottages inside the park.

John Thomson passed away at the age of 50 years, on June 4th, 1881 after a sudden and brief illness while in Toronto.  His passing initiated a deep sense of loss for the community as his business relations were so intimately connected with the progress of the area for a number of years.  After his death, Jessie decided to move her family back to Orillia, buying the property at 42 Neywash Street.  Jessie and eldest son William enlarged and made over the house to achieve a fashionable Italianate-style residence known as Longford Villa.

William, took over managing The Longford Lumber Company and was later joined by his brother George.  At its peak, the company had operations at Longford, Gravenhurst and Orillia.

After his father’s death, William named the family park “Geneva Park” after his sister Gen and his first wife Eva and opened the park to the citizens of Orillia.  Around this time, William bought a steamer boat, also named “Geneva”, which had been built at the dockyards at the foot of Colborne Street.  It was one of the last excursion boats on Lakes Simcoe and Couchiching.

In 1900 William sold Longford Township to the Standard Chemical Company, which also subsequently purchased the Longford Lumber Company from the Thomson family.  In 1907, William sold Geneva Park to the Y.M.C.A.  In 1911, he sold the steamer “Geneva” for duty on Rice Lake.

The Thomson family had other prominent members of the community.  George entered municipal life in 1888 when elected to Orillia Council for two years.  In 1891, he was elected deputy-reeve and was acclaimed as reeve the following year.  In 1893 he was uncontested as mayor. He served in that office until 1895 then took 2 years off before returning as councilor.  In 1893, Margaret Thomson married Major Arthur Godfrey Peuchen, of the Queen’s Own Rifles who had served as a marshalling officer at the coronation of George V and was President of the Standard Chemical Company, which ultimately purchased Longford Lumber Company.  Peuchen was one of the First-Class passengers on the Titanic who survived the sinking on Lifeboat 6 and was the only Canadian who testified at the U.S. Senate Inquiry.

Packet & Times “Digging Up the Past” no date provided in clipping

The Times and County of Simcoe Expositor “In Memoriam: John Thomson, of Longford “ June 9, 1881