Where did the Group of Seven Get Their Inspiration?

Not many people realize this, but there is actually a Swedish connection to the Group of Seven..

My Mom used to volunteer at ROM in the 1980s and 1990s, so she got to see a lot of the exhibitions there. One exhibition was entitled: “Artists that influenced the Group of Seven.”  When she walked in to have a look, she was surprised to see that the first piece displayed most prominently at the entrance was a famous painting called Vårt Land (Our Country) by Swedish painter Otto Hesselbom.  This was a landscape painting of Lake Vanern from 1902 and was purchased by the Swedish National Museum in 1910. 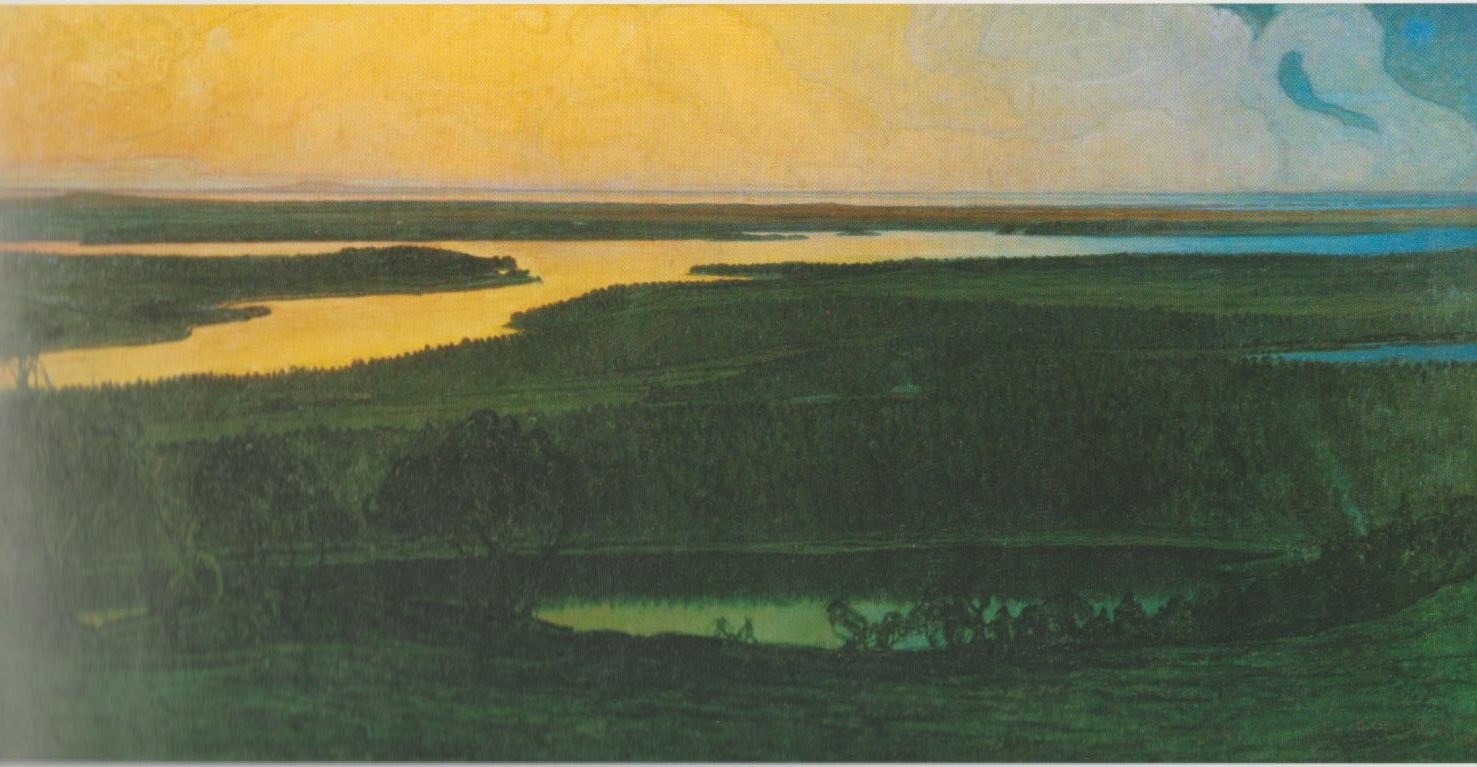 The central Swedish landscape is very similar to Northern Ontario.  The formation we call the Canadian Shield actually extends through Greenland, Norway, Sweden, Finland and well into Northwestern Russia.  The trees, granite rocks and multitude of lakes in Sweden are almost indistinguishable from those found in Northern Ontario.  Painters like Hesselbom were studied by the Group of Seven not only because their subject matter was very similar but also because they were inspired by the style of painting.

This connection is mentioned in an article on the Group of Seven in the Canadian Encyclopedia:

However, the turning point in their search for a style came in 1912, when MacDonald and Harris travelled to Buffalo to see an exhibition of contemporary Scandinavian painting. The men were struck by the approach of the Scandinavians. They used simple areas of flat, bright colour to create vivid depictions of a landscape. Macdonald and Harris realized that the subjects of these paintings could as easily have been Canada’s Northern wilderness. The synthesis of Northern subject with this new approach created the distinctive images that would become the hallmark of the Group of Seven.”

Otto Hesselbom developed an impressionist style that was no doubt noticed by the Group of Seven.  An example of this style may be seen in his 1912 painting : “In Our Forefather’s Memory”. 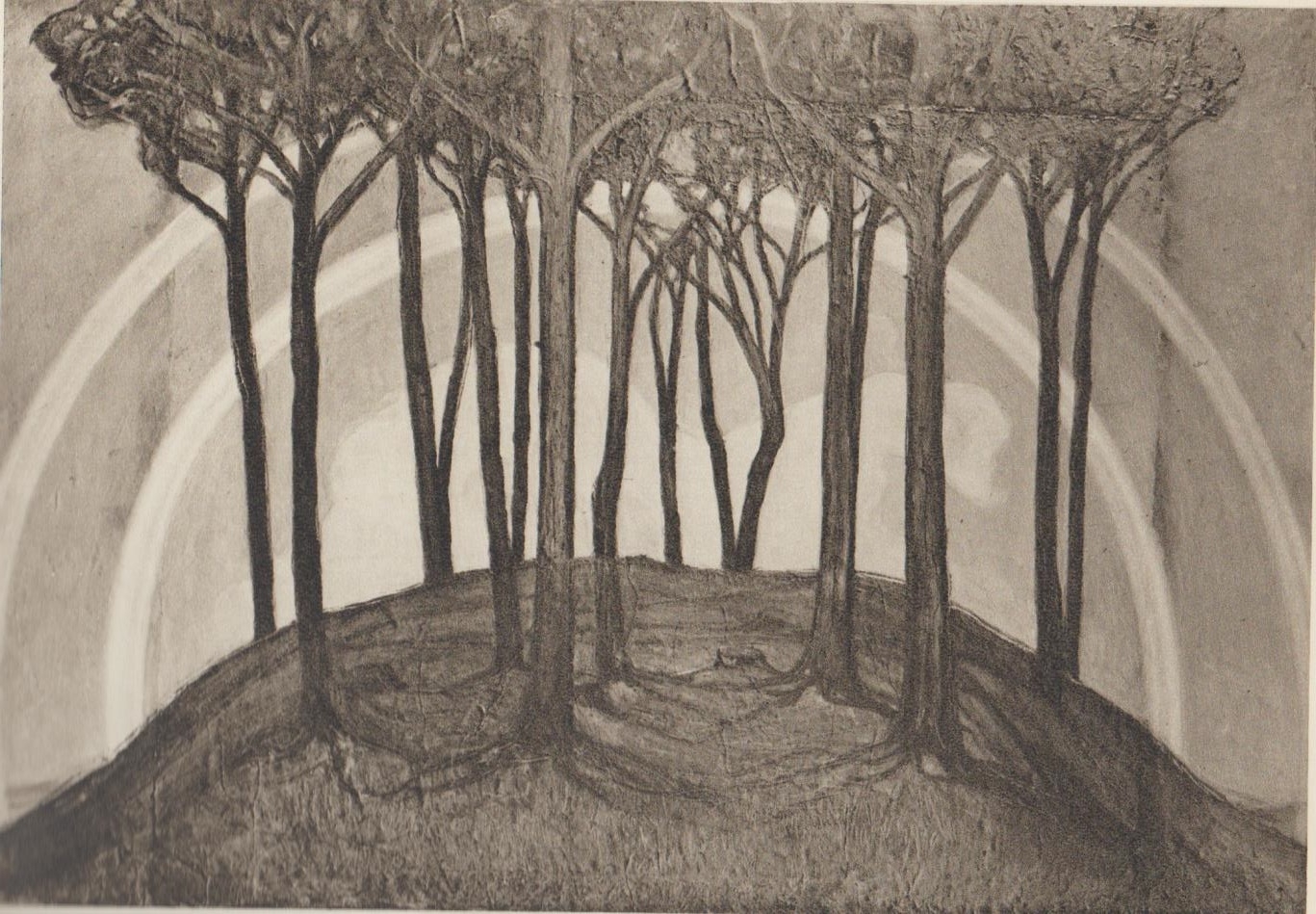 Otto Hesselbom used to spend part of his summers at my great grandparents’ place in Dalsland, Sweden, and painted extensively while he was there.  The next Hesselbom picture was painted at my great grand-parents’ house, from the back deck in 1905.  The two ladies playing lawn tennis in the foreground are my great aunts.  The ship out on the Lake Vanern bay was built at the family-owned ship yard on the estate.  This painting was displayed at a Hesselbom exhibition at the Swedish National Museum in 1938.  It is now part of my personal collection. 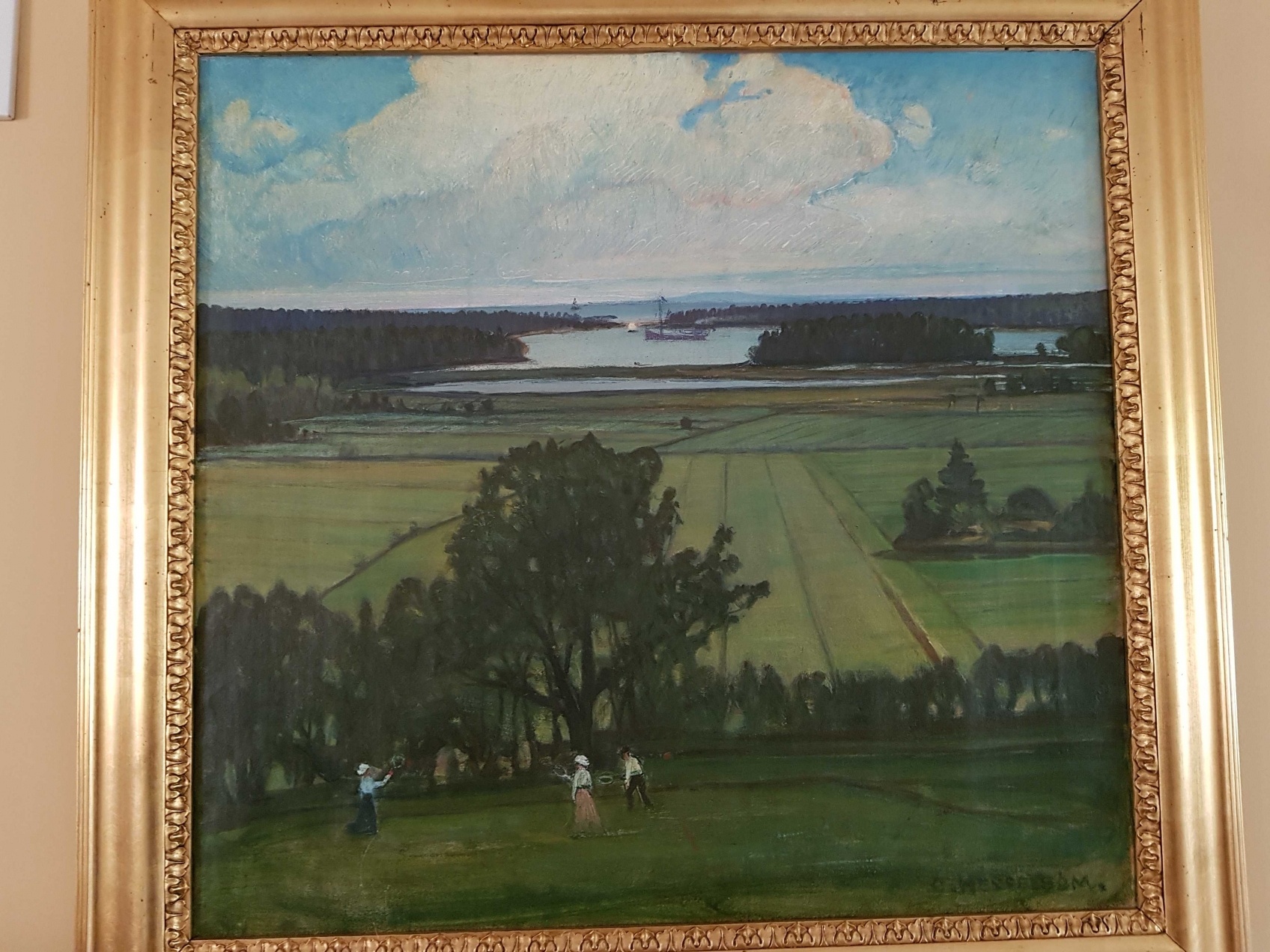